Hey, I was awake around 2.30 in the morning and it was hard raining outside. I don't know when the rain was started 'cause we slept early lastnight at 11 o'clock. We've been staying at my cousin's at Kelapa gading since thursday last week. Not so much to tell. Only that we all bore for days and broke too. Comprenez? I feel myself so dumb. No questions, please. And later when we woke up again around 9, we found a 'river' moved right outside the house. Ha! Flood! Nothing more special than this to complete the boredom we have. Do we need a swimsuit or not? *sigh*

Tomorrow will be the, no- i correct it, today is the last day of the year 2003. This supposed to be a special moment but it won't. No celebrations, no plans, nothing so far. What a dull moment I have this year! Yeah, I make it dull myself.
Hhhm, Not true. I also have some happiness in my other side. It is true. *and they're side by side, huh?*

This Noise Drive Me Crazy!


It is hardly to sleep when your neighbour right at your nextdoor is trying to break their walls down. Oh yes, they rebuilding their house to something maybe more nice and bigger. Its been 3 days already, I think. Boom! Boom! Boom! Put a pillow in your ears is not helping. You still can hear the worker men banging the walls. It is still 8 in the morning. I still want to continue my sleep at least for half hour longer before I really wake up to wash myself, and then go to my work. The noises really driving me crazy. * Help,...

We're still having a problem with this stupid internet connection! again! Everything is veeeeery slooow..... too slow untill we could falling asleep only to get this stupid "page can not be displayed" as a result everytime we try to open a site. It is really irritating me. With a little bit luck some sites can be opened but normally they don't! Even that I did try to post this posting many times! * Awful *
And this morning Raymond is coming with me to my work. He has been grounded for 2 days already ( hhuehheehheh!! ), so I am hoping that at least he will not so boring anymore though the internet connection is very bad.


I woke up early this morning. Ow,.. strange* what kind of pill did I take lastnight? What a fresh air! I'm not often breath the morning air. It was good, and Nina could come to school on time. That's great. I shall start to do this everyday by now. Come On! Dont be such a lazy kitten you old lady...
Guess what i've been thinking for the last three days? (I don't think you can,... & I don't think you care. Right? Right.)
All that I can say is "Poor Me".
But this moment I'm sooo hungryy!! * I think I can eat an elephant. LOL!

However when a person like to have an eye on celebrity's profile (phisicly) in details- get obssesed with them, they gladly show us about the stupid Plastic Surgery those celebs ever done. A web with interesting subject.
Hhmmm. Need a cosmetic plastic surgery? Think again!


Bruce has sent me this Letter to Santa yesterday.
That was really,......... was really a stupid letter to write, but was really funny!!

I did read of this Bad Hair Day. And this is what I call a good nice Journal. With simply layout, very neat, and using only two strong colors for background. She wrote her journal in English with easy sentences so everything that she described is easy to understand it word by word. And everything (too many and complete) is noted and written carefully by the owner. In amusing way too. She kept me stuck there in her journal only to finish the rest of her family stories- even to her pet stories, at my own will. Damn!
She definetely knows how to write.

Sick News From Around the World


Everyday I have rituals to surf the internet only to search and read the news, especially for the unsual news (LOL) from all over the world. Yes, ofcourse for my own curiosity and pleasure. And today I found this interesting Classic Nude website about Striptease and Bellydancers from old times. Those very old photos. All photos are still in black and white. Also an excellent website about a house built in the style of a Led-Zeppelin- album-cover Hobbit House.

OK. But still sometimes I can not believe that this "sad" but "sick" things actually happened somewhere on the world,.... like in this news below.

Missing boy found with mother's corpse :
December 6, 2003
South Korean teachers who broke into the house of a student who had missed class for six months found the 15-year-old boy living next to his dead mother's badly decomposed remains, police said yesterday. The boy, identified only by his surname Song, had been absent from school for more than six months and lived on rice delivered to his home under the government's welfare program, the police said. He did not report the death of his mother, a 45-year-old widow who died on June 4, police said. "The boy later said he didn't want to show his dead mother to anyone," said an officer at the police station in Ichon, a small satellite city west of the capital Seoul. The police officer said the woman, who suffered from diabetes, apparently died of her illness. Authorities would conduct an autopsy on her skeletal remains, he said. Two teachers from Song's school broke into the house yesterday. They found the boy inside and the electricity and gas had long been cut off. "One of the teachers had visited the house last month but did not realise what had happened inside, although the teacher noticed a bad smell and mold," said the officer. Police said the boy was long a frequent truant, often citing his mother's illness. This had lead to the long delay in checking the house. Song is being cared for by one of his teachers, the officer said.
Reuters

Girl, 10, locked in cell for years by parents :
November 28, 2003
A 10-year-old girl in southern China has been rescued after being locked up alone for four years in a dark cell built by her parents, a news report said yesterday. The girl was discovered locked up in the four-metre-square shed in Jiangmen, Guangdong province, with no windows and only a few holes for ventilation in its metal door. Her parents and older sister meanwhile lived comfortably in a nearby three-storey house, according to the Hong Kong edition of the China Daily. The girl's parents, who run a liquor distillery, wanted a male heir and were disappointed when a second daughter was born, the newspaper said. The girl was small for her age and talked little and her parents said they had not sent her to school because she was "stupid" and would be a "burden to teachers". The mother said she planned to keep her daughter locked up until her condition improved. The local Women's Federation is now considering taking legal action against the parents
DPA 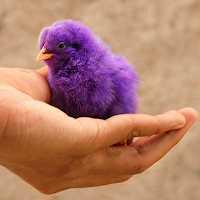